Becoming home free is a lot like mature people starting a new marriage. It boils down to what we do with your junk and my THINGS. The minute we decided to disengage ourselves from most of our possessions so we could spend all of our time traveling, the elimination process began. 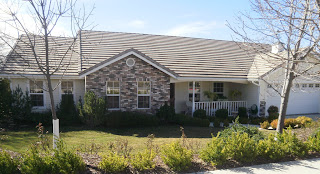 A House to Sell and Empty

Before listing the house we needed to strip it of unnecessary items so the buyers could imagine their own treasures in place.  Daughters scooped up most of the silver serving pieces I’d been dragging around since the ’60’s, plus my southern mother’s gorgeous old pieces and Havilland china.

Tim lovingly wrapped his grandmother’s collection of curious salt and pepper shakers and shipped them away to another daughter.  Packing and sending his vast collection of music cd’s to the same lucky offspring made his lower lip quiver.   Bric-a-brac was collected, binned, and banished to a rented storage space to be retrieved and dispatched in a garage sale later.

We worked quickly, got the place listed, and sold it in a day.  It was shocking and terrifying. We weren’t emotionally prepared for such a breathtaking start toward our new life.

Now the real sorting began:  children spoke up for most of the large pieces and antiques, the buyer’s inspector bought my lovely old dressers and the realtor scooped up the big leather sectional.  The dining room furniture went the way of Craig’s list and we were feeling pretty cocky about the whole thing.

But we were still left with 10,000 other decisions.  Clothes, for instance.  What do you do with a mid-calf, honey-colored, bias-cut suede skirt that weighs 30 pounds?  How about Tim’s elegant cashmere overcoat – perfect for a living in Manhattan for an exciting year long ago but pretty useless in Ishmir.  The clothes sorting job has dragged on for weeks.

We moved a lot in the last few years, looking for the place we’d feel really at home forever, which doesn’t seem to exist on this planet.  In the process we left a trail of books all over the United States. Several libraries are still gloating over  the gems they’ve inherited and each of our moves has included a free-to-our-friends open house with stacks of interesting things on offer. But THIS time we had to get serious. Tim winced as he let his huge collection of crime novels leave the roost and I culled, once again, a wide ranging collection of cookbooks, refusing to part with the classics like Julia, the Silver Palate dames, Larousse, Joy, and Peg Bracken’s original “I Hate to Cook” from the 60’s.

Happily we discovered that some of the old tomes we’ve been toting are valuable in a meaningful way and a friend in San Francisco has agreed to include them in his on-line book sales operation. Another sixty volumes out of our sight!  Of course, we will be forced to make a trip to San Francisco to deliver them.  Poor us.

Then there are photos, family videos and films.  Can’t throw them away, don’t want to store them and can’t persuade children to take them in their current iterations.

So I bought a photo scanner and have been laboring over several lifetimes of photos…mine, my childrens’, my parents’, and Tim’s.  I may never finish, but I try every day to chip away at it.  The trouble is that each image requires its own brief memory jolt, which is exhausting.  There are more sighs than laughs involved in the enterprise.

I found a fellow on Craig’s list to transfer  videos films to DVDs.  It’s a great idea to preserve those things in a format which will endure and doesn’t take up much space, but of course it required looking through each one, which was a tedious, entertaining and sometimes unsettling three day project.

So here we are – half in, half out. Documents to be signed on Monday, all inspections and repairs behind us, and a neighborhood garage sale looming. Will we ever see that sweet apartment in Buenos Aires?

2 Responses to "My Things – Your Junk"